The Mike + Ruthy Band are currently on the road and will be in Los Angeles this weekend on Saturday, June 18, at the Hotel Café. Their album “Bright as You Can” was released in June 2015 and was described by many as the most vibrant Americana, folk adventure of the year. Today, husband and wife songwriting team Mike Merenda and Ruthy Ungar spoke with ETV about the formation of the band, the differences between performing as a duo and as a full band, and plans for their upcoming album.

Mike and Ruthy met in New York City and a musical and romantic relationship sprouted quickly. They both had different musical influences growing up. As a kid, Mike started off as a drummer, which exposed him to a wide variety of different types of music ranging from Rock N Roll, punk rock, musical theatre and Jazz. He played in different bands as a teenager and then the songwriting bug got to him and he started assembling bands centered around writing original material. On the other hand, Ruthy was raised by professional folk musicians. Her father is well-renowned, Grammy-winning fiddler Jay Ungar and her mother is folk singer Lyn Hardy. This allowed her to play festivals and perform on the road at an early age. When the two first met, Mike exposed Ruthy to original songwriting and to the indie bands of the day, while she exposed him to the traditional music world.

Before forming as The Mike and Ruthy Band, they were two thirds of The Mammals, which was a trio at the core consisting of Mike and Ruthy along with Tao Rodriguez (grandson of folk musician Pete Seeger). While living in Western Massachusetts they started hanging out and started up The Mammals. The band became a name to be reckoned with and would go on to tour festivals internationally for about seven years. After much touring, they decided they needed to take a break and went their separate ways. The two would continue on as a duo known as Mike + Ruthy.

Soon after, they began to miss the big sound of a full band and the excitement of being billed on the festival circuit. They then formed The Mike + Ruthy Band, as a signal to everyone that they were part of a band again and not just a duo.

“A duo is more appropriate for intimate spaces and the technical set-up for duo shows are different,” Mike said. “We tend to just set up one microphone and gather around it Bluegrass style and in those shows we tend to pull people into an intimate arena. With the band, we are a lot more versatile. We can play a late-night dance set. We can get whisper quiet but also really explosive and exciting. There’s more chemistry on stage and more people to interact with and relate to. I feel like the band achieves a different energy with the way the audiences relate to the sound our music as a band. It enables us to show more of our repertoire.”

As The Mike + Ruthy Band, they have performed 14 major music festivals this year alone across the U.S. and the U.K., compared to last year where they played three.

“I think it was an important perception shift,” Mike said. “It seems like the word has gotten out as we shifted into a band again with that sort of energy.”

Whether it’s down and dirty Blues, a sing-along, or a traditional folk song, the formation of the Mike + Ruthy Band has allowed them to have something more to push against and frees them up to perform in a more liberating way than performing only as a duo. 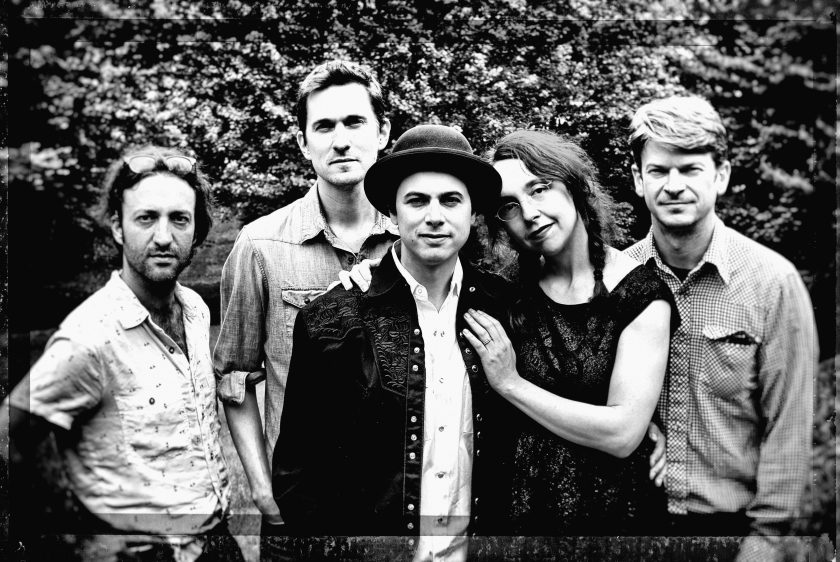 Their latest album “Bright as You Can” came out a year ago this month and has garnered much praise from the likes of Boston Globe to Folk Alley. They album has brought them new fans and the momentum is building up.

“We were able to reach into a broader audience,” Ruthy said. “Everybody who heard it gave it great reviews so we are really grateful and it’s nice to have a positive response to that.”

“People really seem to resonate with the songs,” Mike said. “It’s 14 songs and it’s very consistent, and people who like the album seem to love every single song, which is always very flattering and feels good. It feels like a real high water mark for us so far and a real arrival at my sensibilities and Ruthy’s sensibilities and the band has allowed us to put our best forward.”

Now that Mike and Ruthy tour with their kids, things are a little different than they were 10 years ago. Mike said he doesn’t feel the need to stay up until 4 a.m. on a night off and spends more time at a museum, a zoo, or in the hotel pool with the kids. Another difference from a decade ago is the music business itself and how it operates.

“Online sales and download sales have almost vanished and it’s all streaming and videos and we’ve sort of watched that shift over the last 10 years,” Mike said. “You really have to be out on the road playing your music live to reach people and to sell records and make a living. Touring has become more important.”

Between The Mammals and their duo career, Mike and Ruthy have played dozens and dozens of festivals all over the world from Australian to Canada to Europe and beyond. They love the energy of a festival so much that they decided to start up their own. In 2013, the couple launched a bi-annual music festival at the Ashokan Center (Olivebridge, New York) called The Hoot.

“We love the energy of a festival and the community it creates, the different types of musicians you get to hear all on one place, and I think especially nice for other bands because bands don’t get to hear each other play,” Mike said. “It’s a real gathering of the tribes; not just for the musicians but for the community. We really wanted to have something like that where we live as opposed to just celebrating these events abroad.”

The opportunity presented itself when the Ashokan Center was renovated, Mike and Ruthy offered to host the festival as a fundraiser for the rebuilding project. Mike said the site itself was tailor made for a festival. From grassroots beginnings, they started off small on the inaugural festival with just one stage and about seven bands to test the waters.

“That just felt great, the community really responded and we’re doing our fourth Summer hoot this summer,” Mike said. “It seems to have a life of its own. It’s a lot of work. We essentially book bands we know from the circuit and from the scene. Some of them are regional, some of the national, and some of them happen to be coming through the area. We don’t have a huge budget to bring people from all over the country that we want to bring but with a pretty modest budget we always present a pretty high quality show. You can name your price for entry so nobody feels excluded and kids are always free.”

Mike and Ruthy are working on new material because they feel the chemistry on this project is very real and they want to keep creating in this zone. Mike said the upcoming album will most likely come out in 2017 or early 2018. A session in January yielded 15 songs and another in May brought about another five songs. They want to create music without the pressure of when the album is coming out, so they will record without a release schedule and let the process of recording take on its natural course.

“I’m really excited about the work we’ve done so far and know that we’re going to end up with a really strong follow-up, if not two, in the next couple of years,” Mike said.

“We don’t want to rush it,” Ruthy said. “We want to work on the next one and make sure it’s just as good.”

Don’t miss out on the Mike + Ruthy Band at the Hotel Café with the Lemon Trees on June 18 at 8 p.m. Stay up to date with all things Mike and Ruthy by checking them out on Twitter, Instagram, YouTube, and Facebook. 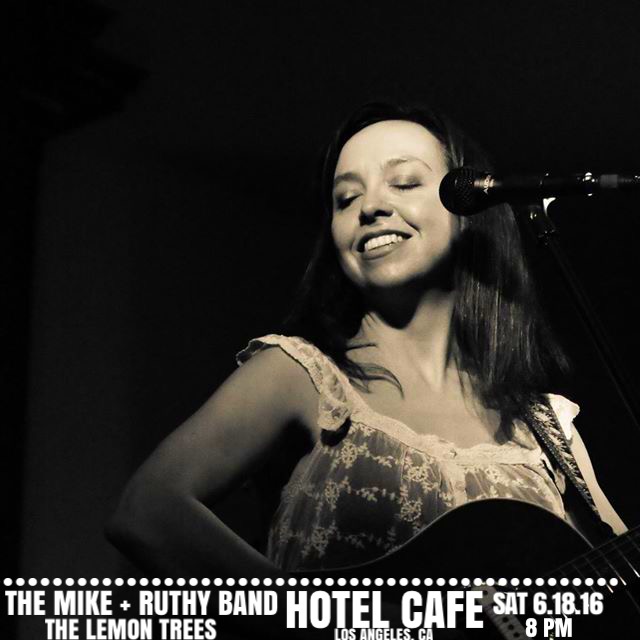